Technically, if an All-Flash Array (AFA) supports hard disk drives, it is no longer an AFA. What if however, the system could start as an AFA and then later, to save costs, move older data to inexpensive, high capacity hard disk. The system at that point has first-hand knowledge of the data it is storing and its access patterns. It is in an ideal position to make decisions about where to place data. The problem is that most AFA storage software doesn’t support hard disks and they don’t have the built-in intelligence to analyze and move data. They also can’t automatically move data back if its access frequency increases. The problem is, once again, AFA software is often short sighted.

Most AFA vendors today claim price parity with hard disk-based storage systems. IT though, needs to examine that claim closely. AFA vendors are comparing their prices to high-performance hard disk systems, not capacity centric hard disk systems. Since hard disk drives are less expensive, it makes sense then to store data that is not performance sensitive on that media. Storage Switzerland continues to find that in most data centers less than 20% of the total stored data is being accessed on a regular basis. On a day to day basis, organizations tend to use less than 5% of their information. These factors mean that most organizations could use a storage system where 20% of its capacity is flash and 80% hard disk and suffer no noticeable performance impact. 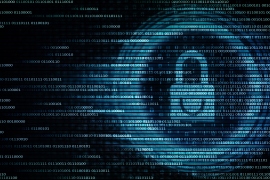 Building for the Future

While the support of hard disk drives as well as the transparent movement of data between media types requires significant development efforts on the part of the storage software developer, it does have two crucial long-term benefits. Eventually, memory-based storage may be more affordable than hard disk storage, but there will also be faster storage than flash media. Flash media in time becomes the hard disk of the future, and the next memory technology becomes the media for active data. Understanding how to intelligently move data between tiers enables the storage software to continue to add value in the future.